From cottage industry to factory work

Initially the diamond industry was a cottage industry: polishing mills with enormous drive wheels were set up in the house of a master, who often employed several polishers and assistants.

In the 1820s workplaces were set up that operated on horsepower. A horse-capstan with one horse could activate about ten to twenty polishing mills. Still, this scale expansion was not ideal. Horses had to be fed, even when there was no polishing. This was often the case: irregular supply of rough diamonds, as well as fluctuating demand for this luxury commodity, caused many crises in the industry.

To curtail the cost of sustaining the horses, the first steam polishing factory was opened in Amsterdam in 1840 and was soon followed by many more such factories in the city. Diamond polishing definitively became factory work from that point onward, contrary to cleaving and cutting, which still took place at home or in small workshops, until in the twentieth century machine sawing started to replace cleaving, and cutting with a machine became more commonplace as well.

Working conditions at the factories

Working conditions at the polishing factories were often poor. The factories were hot and stuffy. Due to inadequate ventilation, the air was filled with carbon vapour and dust from polishing. When physician and researcher Samuel Senior Coronel visited several factories in the 1860s, he found one where 66 diamond workers were squeezed into 69 square metres. Carbon monoxide and lead poisoning occurred, as did tuberculosis and the eye infection trachoma. Diamond workers worked very long hours, at least twelve hours a day, without a break. In the summer they worked from six in the morning until six in the evening and in the winter months from eight to eight. To help each other in periods of sickness and unemployment, diamond workers set up various mutual aid organizations. These were the foundation for the trade unions later on, which in turn were driving forces behind the establishment of the Algemene Nederlandse Diamantbewerkersbond. Wages in the diamond industry were comparatively high, although during slumps employers kept reducing them further, and during frequent extended periods of unemployment diamond workers had no income at all. In 1894, when after many years of crisis employers finally started to turn a profit again, diamond workers benefited very little at first. Ultimately, operations in the entire industry were shut down, and diamond workers went on strike. As a consequence, wages increased, and the ANDB was founded. 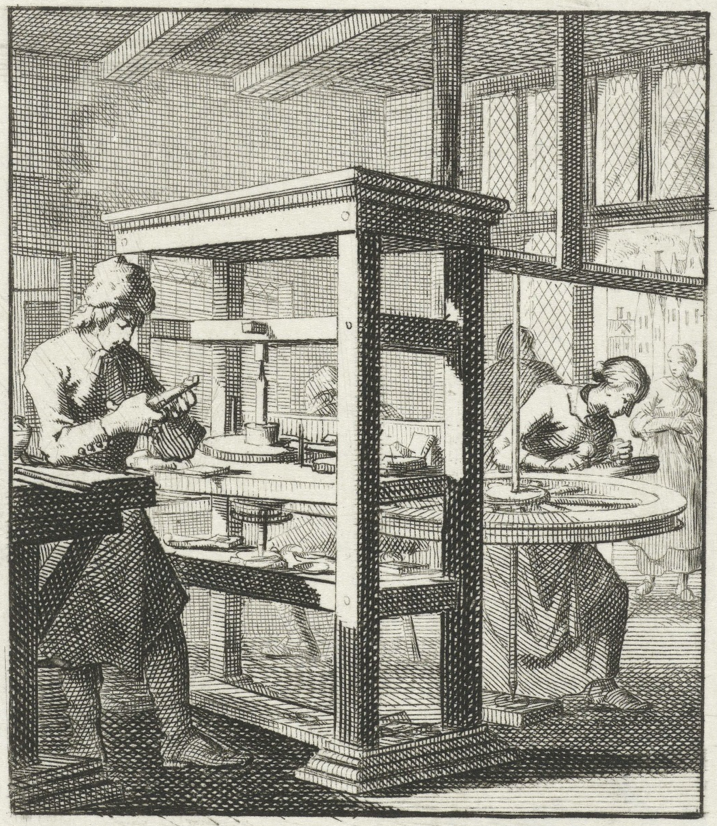