Israël spent his early years, during the First World War, in Scheveningen. His father Jozef Akkerman, a diamond cleaver, brought his family to the settlement of East-European migrants who had fled Antwerp. After the war ended, the family returned to Antwerp. 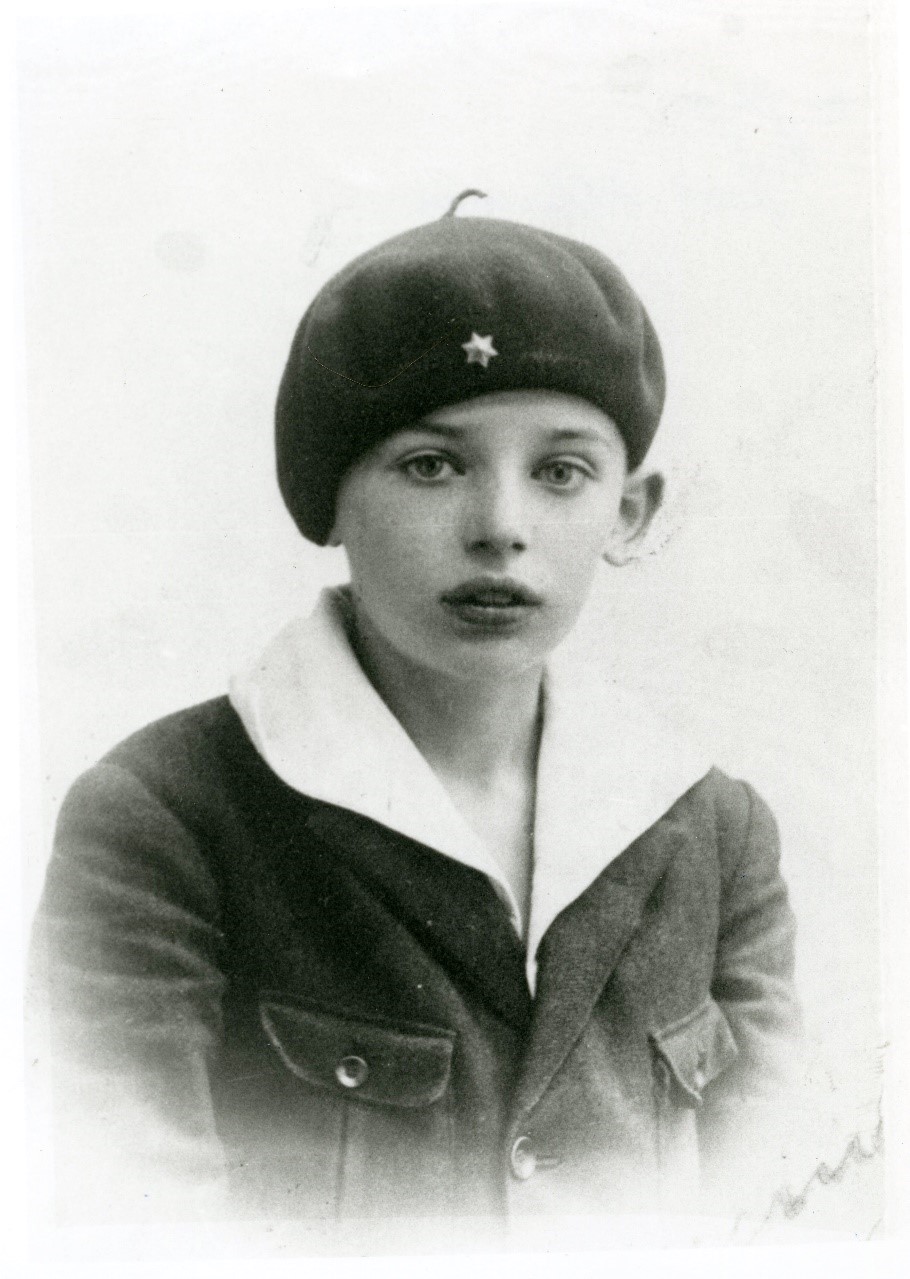 When Israël was nine, his father died. His mother Bluma, now on her own, tried to make ends meet as a diamond broker. In July 1928 Israël left his school the Koninklijk Atheneum. Following in the footsteps of his brother Emiel, he became politically imbued by the Jewish Marxist-Zionist pioneer movement Hashomer Hatzair (Youth guard), which prepared young people for emigration to Palestine and helped found the first kibbutzim. There he acquired his scout name ‘Kir,’ which he soon replaced with his Flemish militant name Piet. 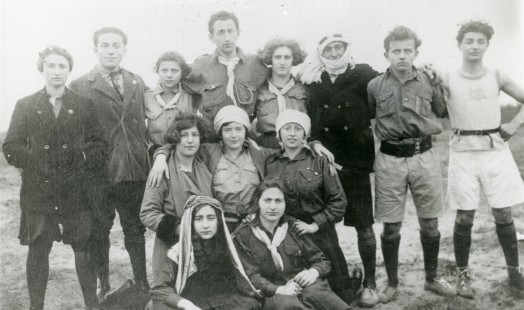 In the economically-sensitive diamond industry, unemployment soared in the 1930s. Non-Belgians – unless they were Dutch – were ineligible for unemployment benefits from 1933. The harrowing predicament that resulted deeply influenced Hashomer Hatzair members, many of them also unemployed. In 1930 Israël joined the ADB as an apprentice diamond sawyer. In the union board member elections in 1927, all nine candidates from the separate communist list were elected. By 1930, Piet, once again following in the footsteps of his brother, became a communist. When he became unemployed in 1932, he worked briefly in Liège as a miner, where he definitively embarked on a communist militant course. On 2 January 1933 he registered again as a sawyer with the ADB. 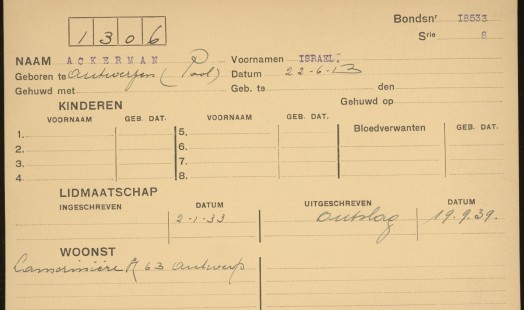 In 1935 when the diamond industry recovered, the Antwerp association of employers did not allow an immediate pay increase. On 15 July the communists, without consulting the ADB board spontaneously laid down their work. Starting in the sawyer factories, the strike rapidly spread, thanks to the passionate guidance of Piet Akkerman. Even the non-union and poorly paid cottage workers and those working in outlying areas joined the strike. On 22 July ADB-chairman Louis Van Berckelaer, who preferred consultation to conflict, agreed with the employers that wages would increase by 20 percent, and that a parity committee would be formed. Tensions rose once again between the communists and the ADB board at the next union council elections in early 1936. The communists, among them the Akkerman brothers, were excluded from the list of candidates, allegedly because they paid their dues irregularly and had not been members for five years yet. 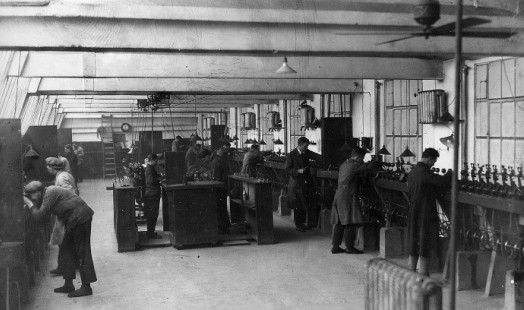 Support from the Dutch

During a night-time round of putting up election posters, the socialist syndicalists Albert Pot and Theophiel Grijp were shot by right-wing extremists. On 26 May 1936, the day of their funeral, the Antwerp longshoremen laid down their work. Unrest spread and concerned more than simply the murder. The diamond workers joined the protest. Still only 22, Piet Akkerman led the strike, which the ADB once again refused to acknowledge. Akkerman had massive support from the Dutch (largely Jewish) union members, who were about ten percent of the ADB. On 15 June, after Van Berckelaer promised he would demand a 10-percent wage increase in the parity committee, this wildcat strike ended. 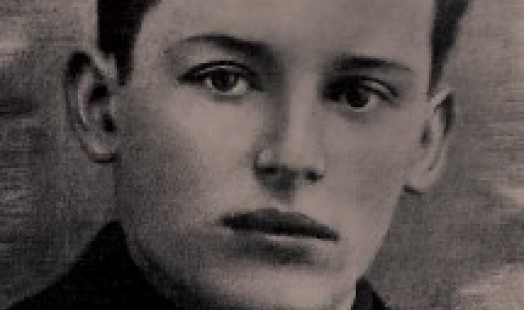 Piet Akkerman before his departure to Spain. (Amsab-ISG, Gent)

Perished in the Spanish Civil War

According to historian Rudi Van Doorslaer, Piet Akkerman had the potential to become a great labour leader. In October 1936, however, Akkerman volunteered for the International Brigades and perished in the Spanish Civil War in January 1937. Though born in Antwerp, his wish to become Belgian was never granted, because he had several run-ins with the law. On 30 November 1936 – almost posthumously – he was even expelled from the country. 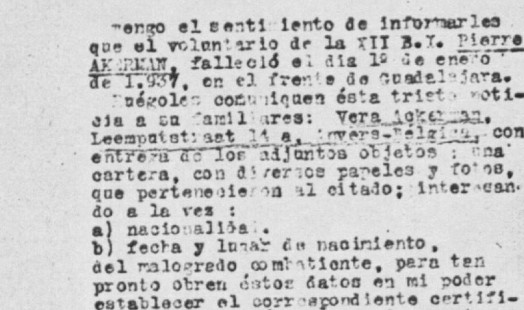