The man that made the Algemene Diamantbewerkersbond van België [General Diamond Workers’ Association of Belgium] (ADB) a strong organization, Pierre-Louis (nickname Louis or Lodewijk) Van Berckelaer was born in Antwerp on 15 May 1872.
He completed primary school and continued as an apprentice diamond polisher. 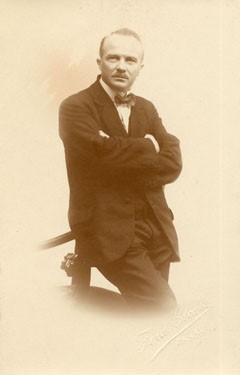 Around 1900 he joined the Algemene Diamantbewerkersbond van België [General Diamond Workers’ Association of Belgium] (ADB). By 1904, when the first great strike broke out among the Antwerp diamond workers, he was tasked with managing the trade union coffers. From 1903 he served on the board of the ADB health insurance fund and became its chairman in 1921. 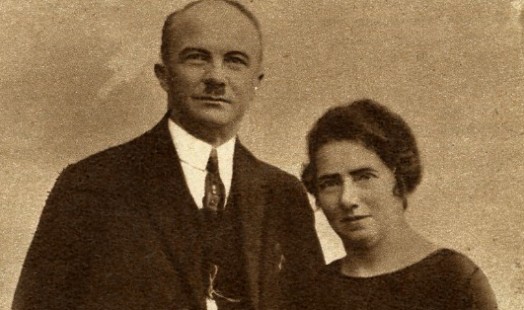 In 1912 he became chairman of the ADB, administrator of the Adamas cooperative, board member of the Antwerpse Federatie van Vakbonden [Antwerp Federation of trade unions], member of the Nationaal Comité der Syndicale Commissie and secretary to the Universal Alliance of Diamond Workers all at once. Van Berckelaer visited every site abroad where diamonds were processed and urged the diamond workers there to join the trade union. 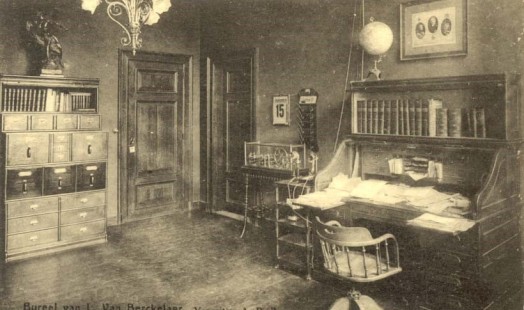 During his term as chairman unity was restored in the ADB. Before the First World War divisions about whether or not join the Belgische Werkliedenpartij [Belgian workers’ party] (BWP) ran so deep that they instigated a rift. The universal work stoppage to obtain general individual suffrage in 1913 brought both groups back together. During the post-war period the ADB remained independent from the BWP, although Louis van Berckelaer was active in the BWP and even had designated duties there.

During the First World War Van Berckelaer served on the Nationaal Hulp- and Voedingscomité [National relief and nutrition committee] in Antwerp and ran the secretariat of the provincial chapter of the Geneeskundige Dienst voor Gekwetsten [medical service for the injured]. After the war he joined the Economische Raad voor de Wederopbouw [Economic council for reconstruction]. In these organizations he interacted with the political elite. Resulting in part from that experience, Van Berckelaer switched from activist syndicalism to consultative syndicalism. Henceforth, conflicts were resolved in a parity commission. 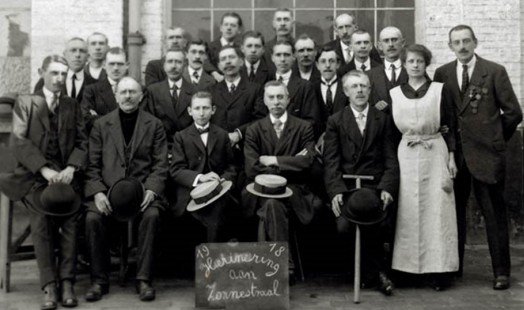 The First World War did not improve relations between the Amsterdam and Antwerp diamond centres. After all, the English trade blockade offered Amsterdam the opportunity to catch up with Antwerp. Louis Van Berckelaer and Henri Polak had an altercation about illegal diamond smuggling. Moreover, Van Berckelaer had to negotiate with the Germans for Antwerp diamond workers to remain active. The argument between the two chairmen ceased only at the Universal Alliance Congress in London in 1920.

Van Berckelaer edited the trade union periodical De Diamantbewerker and was nicknamed ‘The Cat’ for his witty literary style and skill at extricating himself from awkward situations. Strongly in favour of educating the working class, he launched many schooling initiatives and encouraged meaningful leisure pursuits among members. Because of his advocacy for reducing working hours and paid leave, he was also among the first to acknowledge the value of the Natuurvriendenbeweging [Nature friends movement]. 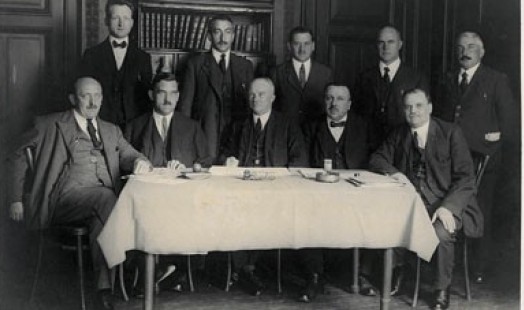 In 1921 Berckelaer was elected to the Antwerp city council, representing the BWP. From 12 December 1921 he represented the Antwerp workers in the Senate, where he lobbied with the government on matters such as jobless benefits for diamond workers and submitted a bill to regulate domestic service. 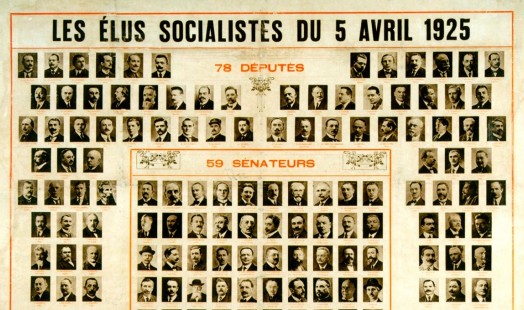 Poster published in 1925 by the Belgische Werkliedenpartij (BWP) for the parliamentary elections. Van Berckelaer stands with the senators, third from the top. (Amsab-ISG)

The establishment of one of the most advanced diamond polishing factories of that day was achieved by Van Berckelaer. It was set up to protect the trade union holdings from devaluations and to neutralise lock-outs in strikes. By February 1929 De Daad accommodated 200 workstations for cutters and offered 600 mills for lease. The income covered the costs of operating Zonnestraal, the organization for TB prevention and treatment. 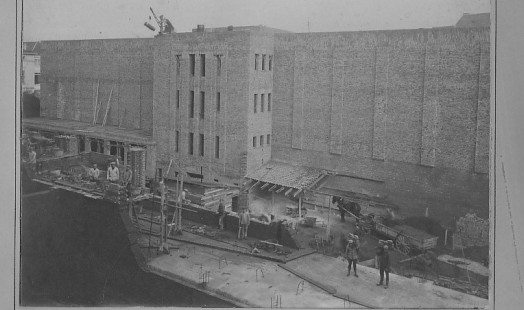 Van Berckelaer did not live to see the realization of his struggle to introduce the 40-hour working week, on 1 April 1937. On Friday evening, 4 September 1936, less than a year before he would have turned sixty-five and after serving as chair for 25 years, he died on his way back from the Peace Congress in Brussels. Thousands attended his funeral. Polak, Kuyt, Voet, Van Praag, and Jan van Zutphen attended on behalf of the Algemene Nederlandse Diamantbewerkersbond [General Diamond Workers’ Union of the Netherlands] (ANDB) and the Universal Alliance. At the interment Jan Bartels, his fellow combatant at the ADB, described him as ‘astute, sometimes caustic, not a cat to hold without gloves but (…) he was not always sharp tongued, as he enjoyed congeniality and especially a good laugh.’